Mobile phones and tablets have had nice high DPI displays for a long time now. PC screens have started to catch up and 4K monitors are starting to come down in price and will become the standard in the future.

The good thing about higher DPI screens is that there are many more pixels on the same sized screen so text and images are shown much more clearly.

The bad thing is most applications (especially older programs) are not aware of High DPI scaling settings. If an application does not support scaling Windows just “zooms” the application window to a larger size. This leads to blurry text that most people complain about. So you either set the scaling factor to 100% which leads to tiny text or you live with blurry text.

Over the past few weeks I have been working on making Visions of Chaos high DPI aware. The end result is that it will now run happily on all scale settings and higher 4K monitors without the text being too tiny to read or blown up and blurry. The menus and all text within Visions of Chaos will scale according to your Windows settings and remain smooth and crisp to read.

High DPI in Visions of Chaos

Prior to Visions of Chaos being DPI aware Windows would just scale the output window like in a photo editor app. The following shows how the Visions of Chaos window looks at 150% scaling under Windows 10 on a 4K display. 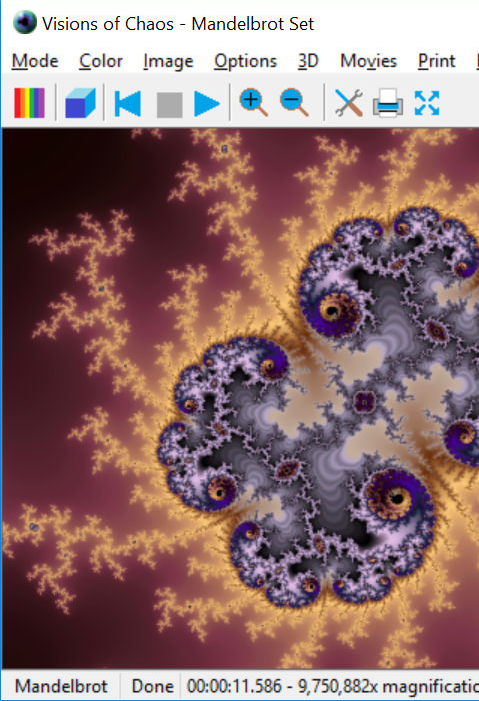 This leads to the blurred text and the generated image (set to 480×360 pixels in size) is shown onscreen also stretched and blurred to 725 pixels wide.

Here is the same window using the latest version of Visions of Chaos that is DPI aware. The text fonts are scaled to a larger size so they remain crisp and smooth. The fractal image that has been set to 480×360 pixels is exactly 480×360 monitor pixels. 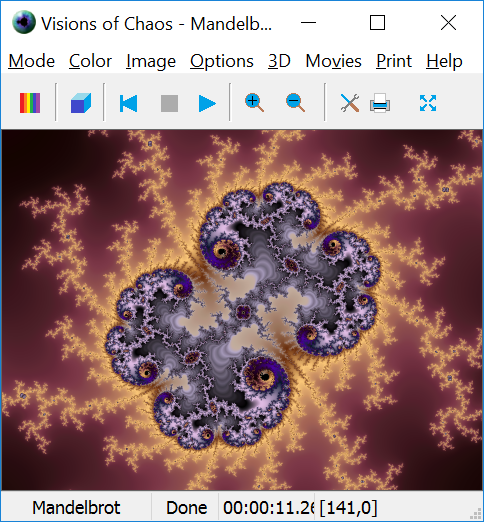 Windows is still playing catch up with higher resolution DPI support, but it will hopefully get better as 4K monitors become the standard. At least you can be confident that Visions of Chaos will continue to be usable and readable at high DPI settings.

Now I can get back to adding new features to Visions of Chaos.