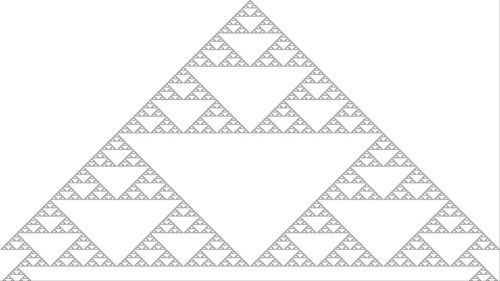 When I first saw this type of cellular automata described by Gugubo on Reddit I was sure I must have implemented it and included it in Visions of Chaos before, but a quick check showed it wasn’t a CA I had covered. There is enough info in the Reddit thread for me to code it up and put it into Visions of Chaos. 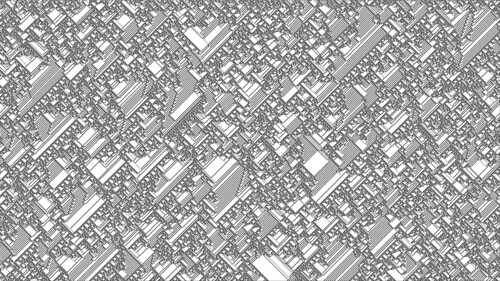 This is a 1D Cellular Automaton that uses 5 cells from the previous generation (2 either side and the central cell) to update the new cell state. The larger neighborhood with 2 cells either side is why I called these “Extended Neighborhood” in Visions of Chaos. 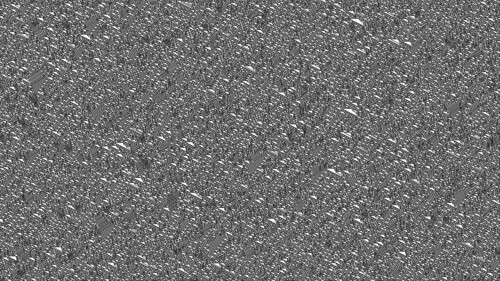 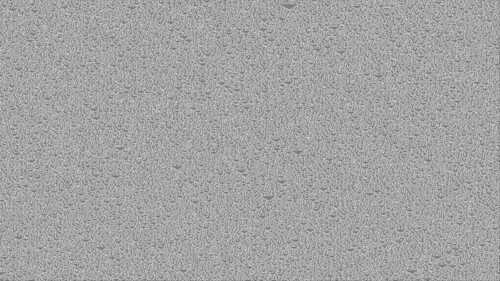 To update a cell, use the following steps;
1. Convert the previous step’s left 2 cells, current cell, and right 2 cells into a binary value.
i.e LLCRR may have states 11010 which can be converted into decimal 26
2. Counting from right to left on the binary representation of the rule above, the 26th digit is a 0, so the new cell state is a 0. 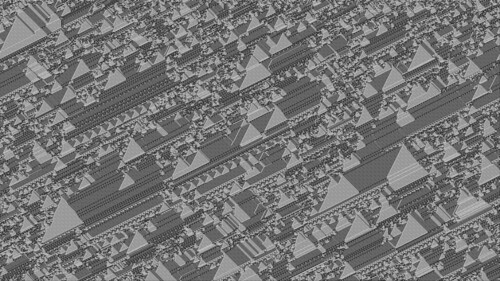 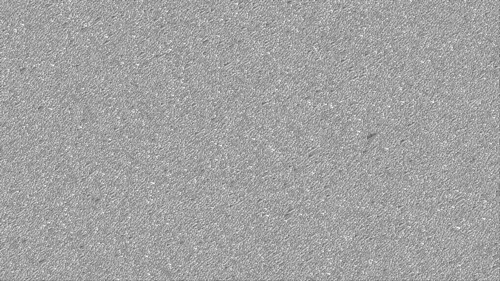 I also added the option for more than 2 states (alive or dead) per cell. This way, when a cell dies it does not turn instantly into a dead cell, but has a delayed dying period. If there are 4 states per cell then a living cell (state 1) that dies will first go to state 2, then state 3, then finally die (state 0). Only newly born state 1 cells are used in the rule. All other non state 1 cells are considered state 0 when updating the cell based on the binary string rule. 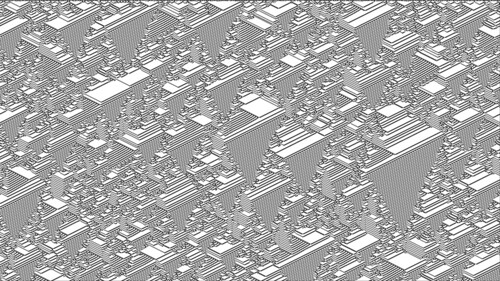 I have wanted to implement a 3D version of a fluid simulation in Visions of Chaos for years (3D was a planned feature since I first got 2D SPH working back in 2013). It took a lot longer than expected.

For the 3D code I extended the 2D SPH code I had into the third dimension. In the end it wasn’t too difficult (everything seems simple once you work out how to do it). After a week or so of hacking away I had multiphase fluids flowing in 3D space.

The code is based on Tom Madam’s SPH Code in this blog post. For 3D you just need to add in a Z dimension for particle positions etc.

3D is slower than 2D with the extra dimension and even with a decent multi-core CPU the simulation starts to crawl as the particle count increases. Using the awesome Mitsuba to render some nicely lit spheres got me the following movie.