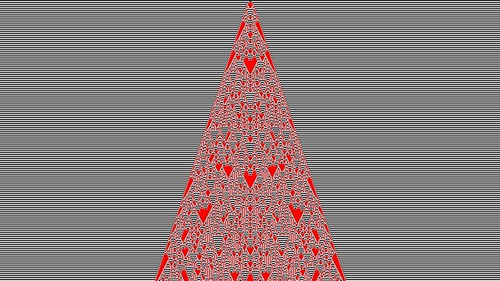 A new (old) CA based on this twitter post. The original reference is from the December 1986 issue of BYTE magazine which can be read online here. 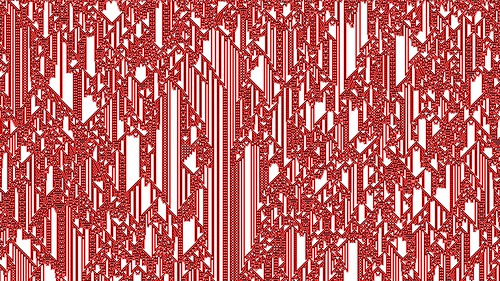 A fairly simple 1D cellular automaton but one I had not implemented or explored before. 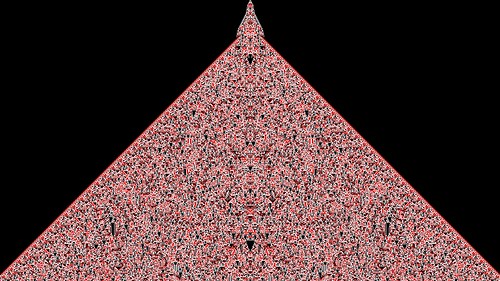 Cells are updated by totaling the state values for each cell and its left and right neighbors of the previous step, and then using that value as an index into a rule string to get the new cell state.

For example, as Jeremy explains in his tweet, if the rule string is 0010332321, then updates each step would be as follows.

Rule 0010332321 gives the following result when starting from a random row of cells. 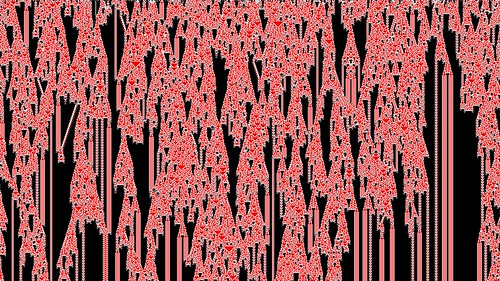 Totalistic CAs can use any number of states. They can also extend to a range of neighbors beyond just the immediate left and right neighbor cells. The current center cell can be ignored and not included in the totaling.

1D and 2D Totalistic Cellular Automata are now included with the latest version of Visions of Chaos. 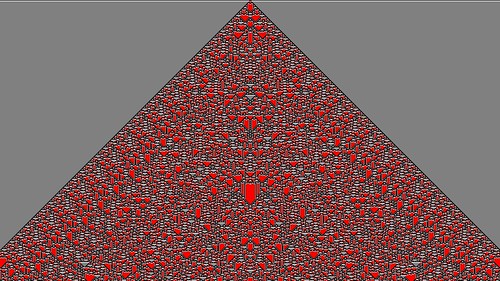