Just in time for when 3090 GPUs started to become available again in Sydney I was very generously gifted the funds to finally purchase a new GeForce RTX 3090 for my main development PC. After including a 1000 Watt power supply the total cost came to around $4000 AUD ($3000 USD). Such a rip off. 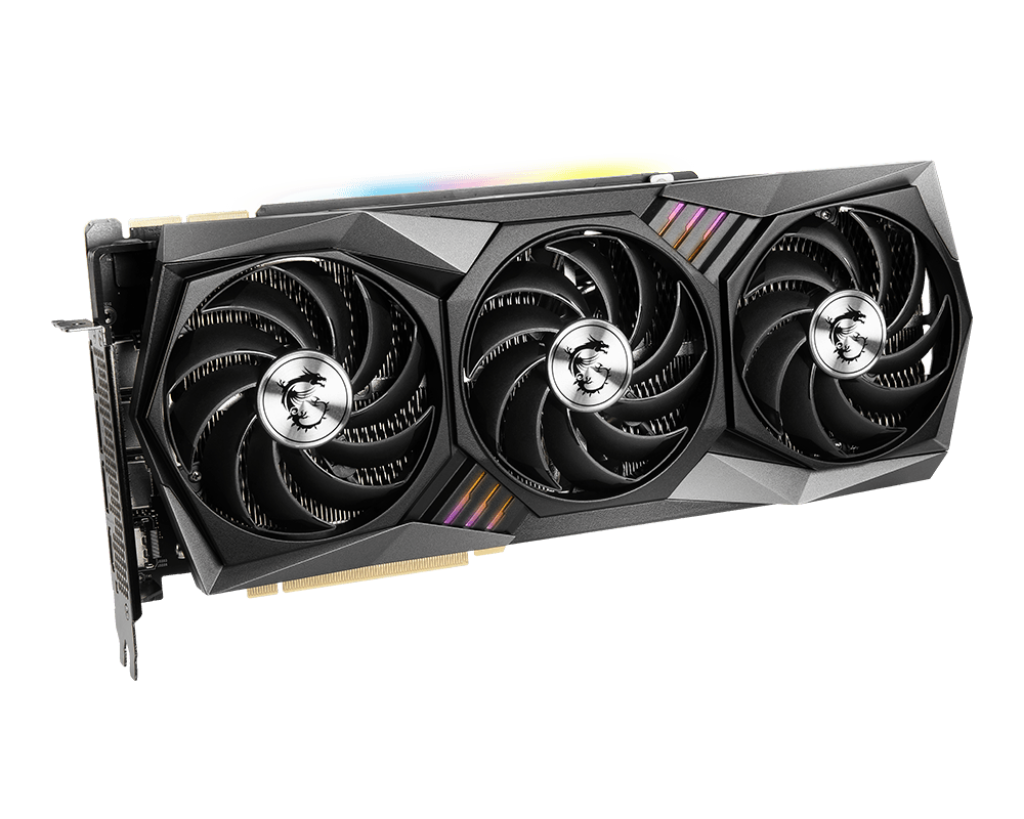 The card itself is really heavy and solid. They include a bracket to add support to help it not sag over time which is a nice touch. Like all recent hardware parts it lights up in various RGB colors and shades. These RGB rigs are going to look so out of date once this fad goes away. After upgrading my PC parts over the last few years I now have PCs that flash and blink more than my Christmas tree does when fully setup and lit. 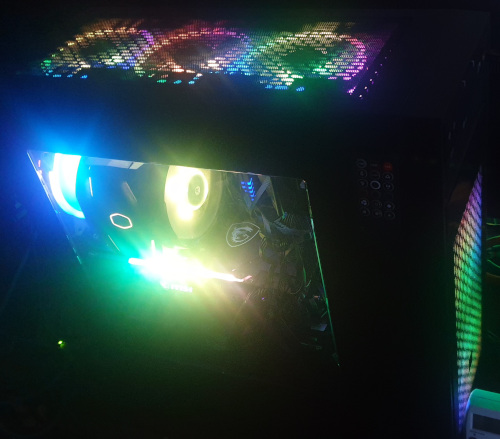 I naively assumed that a quick GPU swap would give me the boost in performance that previous GPU upgrades did (like when I upgraded to the 1080 and then to the 2080 Super). Not this time. I ran a few quick machine learning TensorFlow (version 1) tests from Visions of Chaos and the result was either the Python scripts ran extremely slow (around 10x to 30x SLOWER) or they just crashed. So much for a simple upgrade for more power.

Turns out the Ampere architecture the 3090 GPUs use is only supported by CUDA 11.0 or higher. After updating CUDA, cuDNN, all the various Python libraries and the Python scripts I was back to where I was before the upgrades. If you have been through the tedious process of installing TensorFlow before for Visions of Chaos, you will need to follow my new instructions to get TensorFlow version 2 support. Updating TensorFlow v1 code to TensorFlow v2 code is a pain. From now on I am going to use PyTorch scripts for all my machine learning related needs.

These newer GPUs can run hot. Under 100% load (when I was doing a Style Transfer movie with repeated frames being calculated one after the other) the 3090 peaks around 80 degrees C (176 F). I do have reasonable cooling in the case, but the air being blown out is noticeably hot. The 2080 running the same test peaks around 75 degrees.

The 2080 and my older 1080 seem to push all the hot exhaust air out the rear vents of the card, but the 3090 has no rear exhaust so all the hot air goes directly into the case. I can only assume this is due to them not being able to handle all that heat going “through” the card and out the back, so it needs to just vent that heat anywhere it can. This means if the card is running hot a lot of hot air goes straight into the case. When I touched the side of the case next to the GPU it was very warm.

Apparently 80 and under is perfectly fine and safe for a GPU, but they would say that wouldn’t they. They would be bragging about low temps if they could manufacture cooler running cards.

After some experimenting with Afterburner I lowered the temp limit from the GPU default of 83 degrees down to 75 degrees. This resulted in more throttling but only a slight performance hit (style transfer took 1 minute 21 seconds rather than 1 minute 14 seconds). The case was noticeably cooler and the average temp was now down to a much more chilly 65 degrees. Afterburner allows tweaking (overclocking/underclocking) of your GPU, but the most useful feature is its graphing capabilities to see what is really going on. You can monitor temperatures and throttling as you run complex GPU operations.

I wanted to see if more case fans would help, so I removed the current 3 stock case fans and installed 6 of these fans (2 sucking in at the front, 3 blowing out at the top, and 1 blowing out at the rear of the case). My silent PC is no longer silent. I set the GPU back to its default profile with a temp limit of 83 degrees and started another Style Transfer movie to keep the GPU pegged as close to 100% usage as possible for an extended period of time. Watching the temp graph in Afterburner shows peaks still up to 76 degrees, but much less throttling with the core clock graph around 95% to 100% maximum possible MHz when running so that results in a better overall performance.

After a week the extra noise annoyed me too much though so I replaced the Gamdias fans with Corsair fans. 6 of these fans and one of these controllers. Setting the fans to the default “quiet” profile gets the noise back down to near silent sound levels. When I start a machine learning batch run the temp sensors detect the increased heat in the case and ramp up the fans to compensate. Watching Afterburner graphs shows they may even be slightly better at cooling than the Gamdias fans. The problem with the auto-adjust speed control is that there is this noticeable ramping up and down of the fan speeds as they compensate for temp changes all the time (not just when the GPU is 100%). That was more annoying than always on full speed fans. After some adjustments and tests with the excellent Corsair software I settled on a custom temp curve that only cranked up as necessary when I start full 100% GPU load processing. Once the GPU usage drops back to normal the fans ramp down and are silent again.

Using one of those cheap inline watt meters shows the PC pulls 480 watts when the GPU is at 100% usage. Afterburner reports the card using around 290 watts under full load.

I have basically been using the 3090 24 hours a day training and testing machine learning setups since I bought it. 3 weeks with the 3090 usage made my latest quarterly electricity bill go up from $284 to $313. That works out to roughly $1.40 a day to power the GPU full time. If you can afford the GPU you should be able to afford the cost of powering it.

When experimenting with one of these newer GPUs use all the monitoring you need to make sure the card is not overheating and throttling performance. Afterburner is great to setup a graph showing GPU temp, usage, MHz and power usage. Monitor levels when the GPU is under 100% load and over an extended period of time.

Temperature controlled fans like the Corsair Commander Pro setup can work as a set and forget cooling solution once you tweak a custom temp curve that suits your usage and hardware.

Was it worth spending roughly three times the cost of the 2080 on the 3090? No, definitely not. These current over inflated priced GPUs are not worth the money. But if you need or want one you have to pay the price. If the prices were not so artificially inflated and they sold at the initial recommended retail prices then it would be a more reasonable price (still expensive, but not ridiculously so).

After testing the various GPU related modes in Visions of Chaos, the 3090 is only between 10% to 70% faster than the 2080 Super depending on what GPU calculations are being made, and more often on the slower end of that scale. OpenGLSL shader performance is a fairly consistent speed boost between 10% and 15%.

The main reason I wanted the 3090 was for the big jump in VRAM from 8GB to 24GB so I am now able to train and run larger machine learning models without the dreaded out of memory errors. StyleGAN2 ADA models are the first things I have now successfully been able to train. 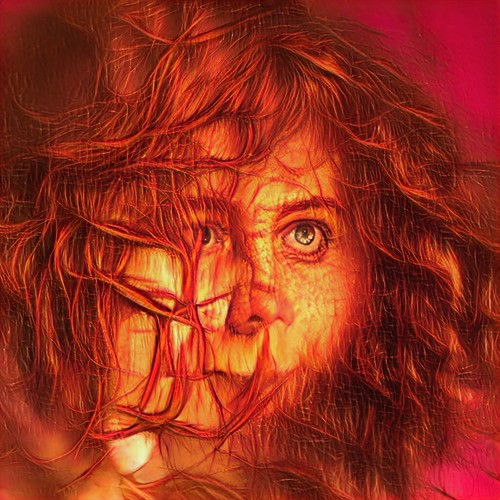 Upgrading the 1080 in my older PC to the 2080 Super is a big jump in performance and allows me to run less VRAM intensive sessions. Can you tell I am trying to convince myself this was a good purchase? I just expected more. Cue the “Ha ha, you idiot! Serves you right for not researching first.” comments.