Rock paper scissors is a simple game that dates back to around 200 BC.

The game is played between two or more players who make a rock, paper or scissors shape with their hand at the same time. Rock breaks scissors, scissors cut paper and paper wraps rock. See this Wikipedia article for loads of info on the game.

Converting the game principals to a cellular automaton is simple enough. This is how I implemented it;

Every pixel color is calculated by playing a virtual 9 player game of rock paper scissors. The current cell vs its immediate 8 moore neighbors. If the neighbor count is greater than a threshold value in the result that beats the current cell then the current cell becomes the winner (what a terrible sentence). For example, if the current cell is scissors, the threshold is 3, and there are 4 rocks surrounding it, then it becomes a rock.

Using the above algorithm leads to very stable exact spiral shapes. The initial grid in this case was the screen divided into 3 “pie wedges”. One for each of the 3 states. 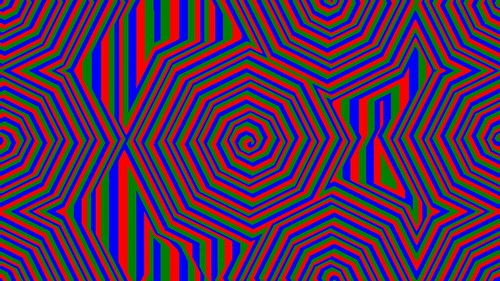 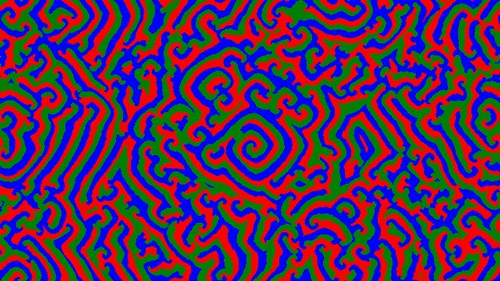 I first saw this variation on The Big Bang Theory.

It was invented by Sam Kass. Lizard and Spock are added in as 2 more possible moves. This results in the play logic.. 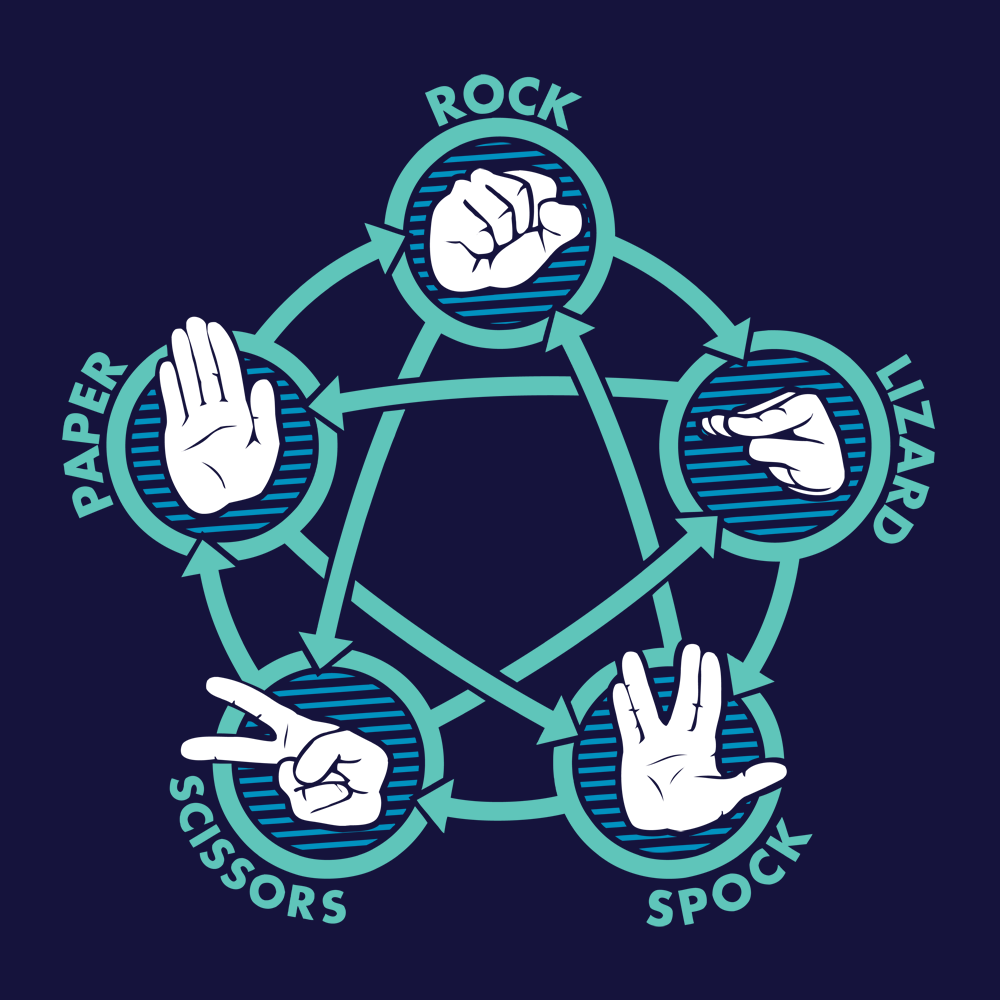 For the cellular automata you add 2 more cell states for Lizard and Spock. Otherwise the rest of the CA uses the same logic as the 3 state Rock Paper Scissors version. 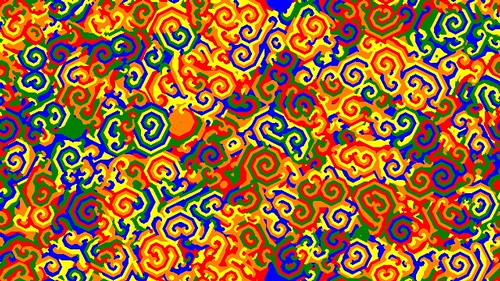 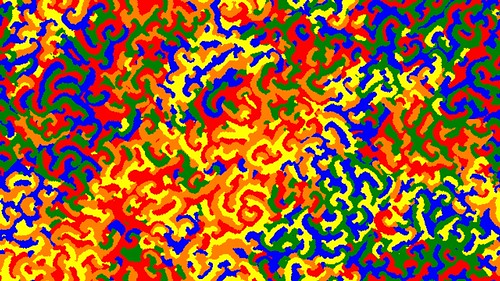 The following is an animated GIF of 45,000 steps (updated 1,000 steps per frame) that shows how these blobs fight for dominance and in this case RGB wins in the end. 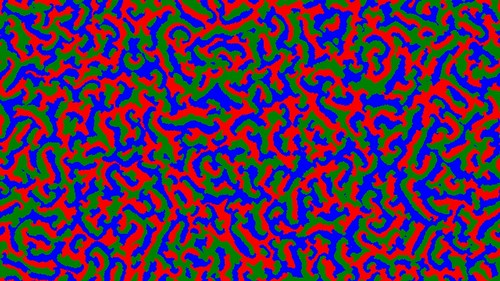 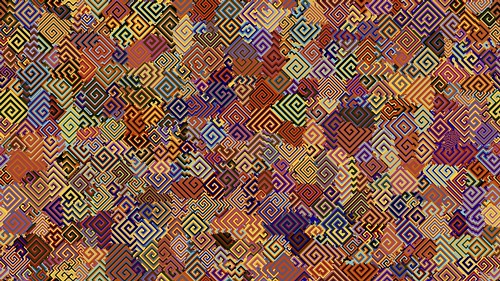 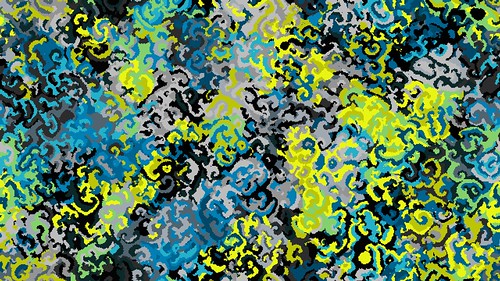 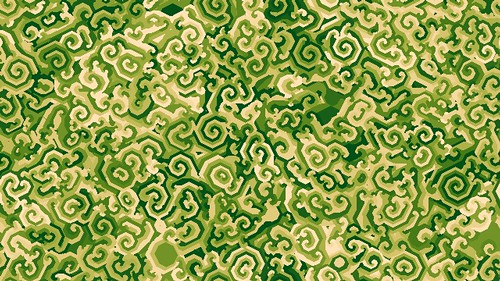 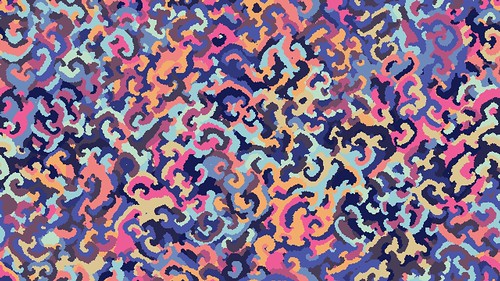 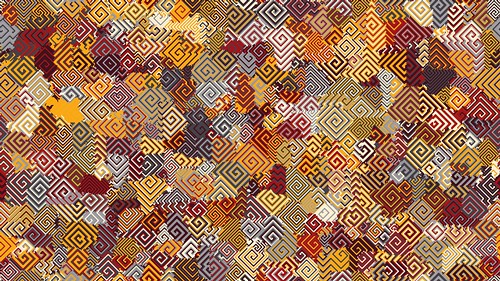 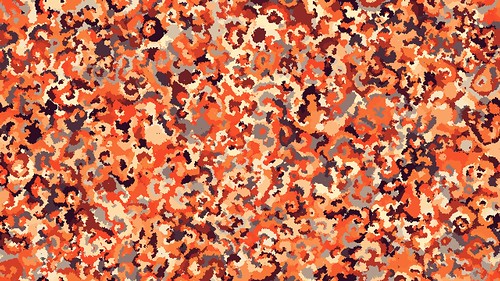 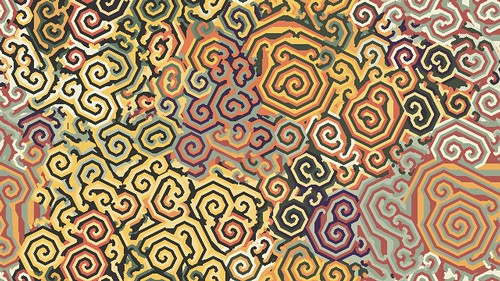 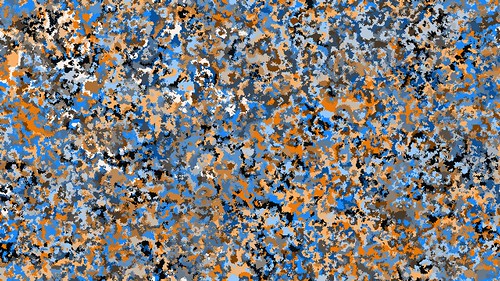 This idea came from NoSocks on YouTube. To use an image as RPS;

You can also use the smallest RGB values. 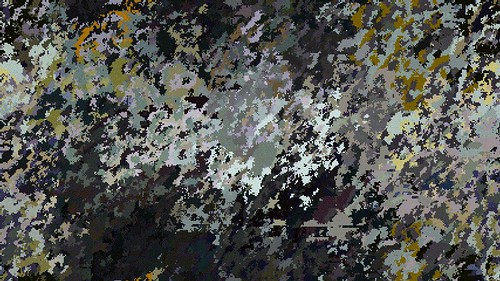 The same RPS technique can be applied to 3D too. Just check the 26 neighbors around each cell in 3D rather than 8 cells in 2D. The following movie has 1/8th of the 3D grid cut out to show the inner workings better.

Extending into the 4th dimension was the next step. Rather than using a 3D array of [X,Y,Z] components you add a 4th dimension (usually denoted as W) and now use 4 loops over the [X,Y,Z,W] array dimensions.

The main issue is how to display the 4 dimensional array in the 3 dimensions we can see. For the following example movie I scale the 4th dimension density into a color palette index.

Some basic pseudo-code is;

To also show more of the interior of the CA structure I also hide cells when the above count value is above or below a threshold value. The threshold is calculated by the gridsize div 10. So if the gridsize is 100 then cells with a count less than 10 or greater than 90 are hidden and not rendered.