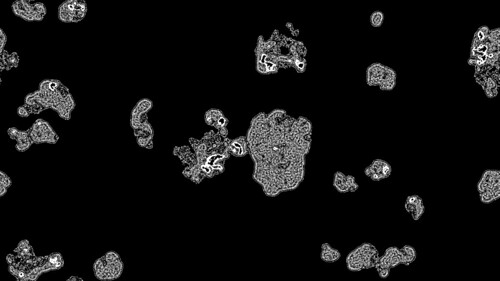 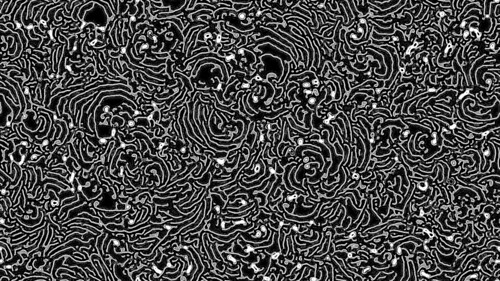 In the past you may have seen Kellie Evans’ Larger Than Life CA variations that use larger circular neighborhoods to make unique bug shaped gliders. In my opinion /u/slackermanz MNCA varieties are vastly more interesting with much more complex results compared to the bugs in Larger Than Life. Seeing new results like this not come from the depths of academia is also refreshing. 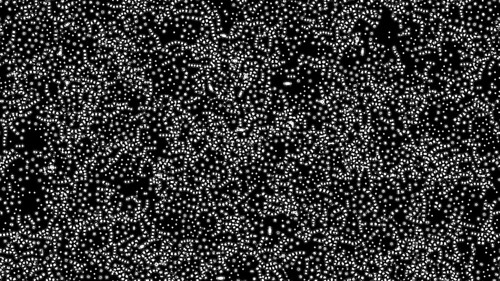 Some of these results are simply fascinating. Shapes and structures including blobs, amoeba like creatures with cell walls, cells that undergo mitosis and split into 2 smaller cells, worms, snakes, multi cellular worms that travel across the grid, circular cells that behave like they are hunting other cells, blobs grow and split, fluid like ripples and chains of cells that resemble algae. I have stared at some of these like they were a virtual lava lamp. 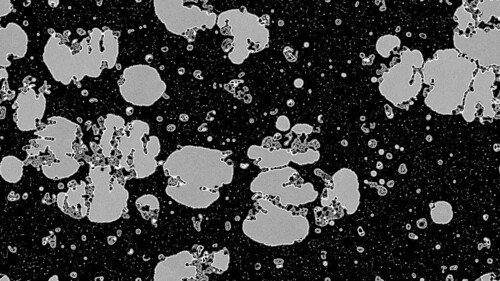 MNCA are a superb example of complexity from simple rules. The way some of the results seem to have almost intelligence in their behavior. Of course this is all a side effect of how the CA rules work and no real AI, intelligence or otherwise is involved. But, as with all CAs the emergence of interesting patterns from the simplest of rules occurs. 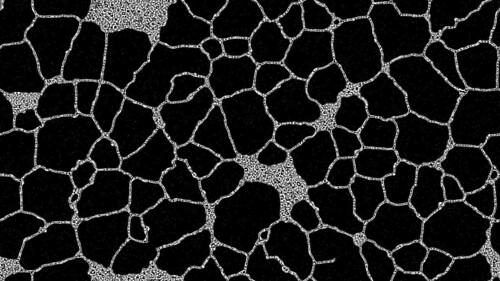 I have trimmed his original set of 470 shaders down to 92 which are now included with Visions of Chaos. If you are in any way interested in cellular automata I encourage you to download Visions of Chaos or /u/slackermanz’s source code and have a play with the MNCA shaders yourself. 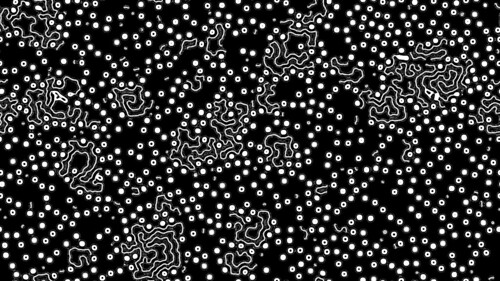 Here is a 4K movie with some examples of how the MNCA work.

My next idea was to try extending MNCA to 3D. Rather than the 2D circular neighborhoods, use 3D shells like the following. The shells have 1/8th cut away to show the concentric rings. 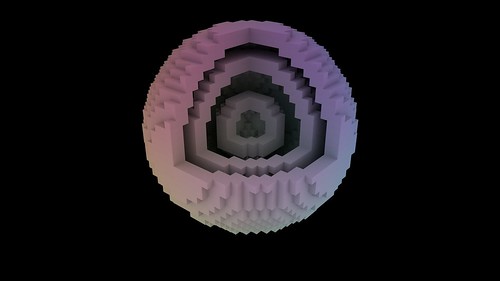 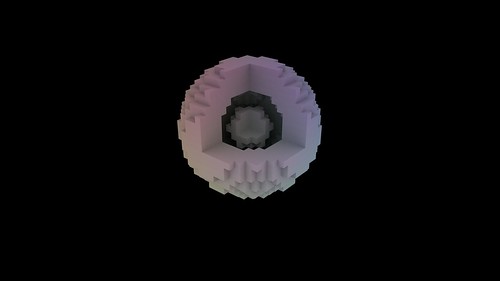 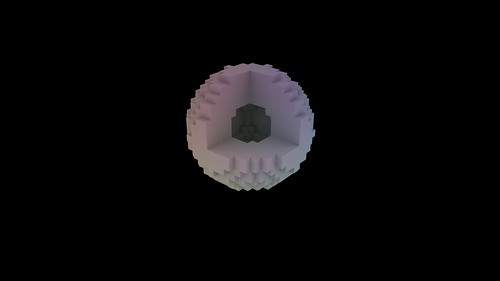 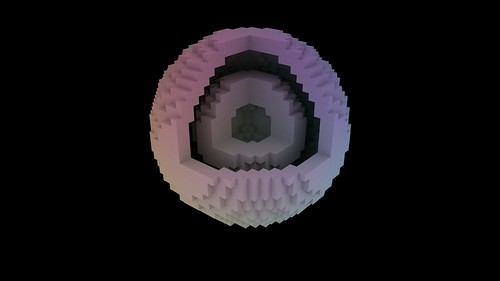 So far I haven’t found any interesting 3D results worth posting, but some interesting structures. 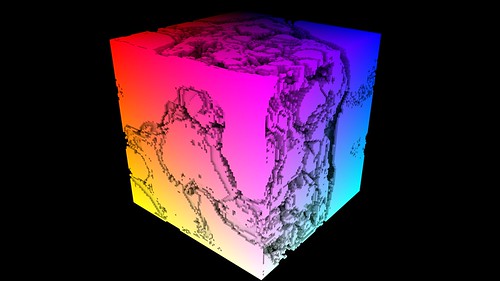 MNCA need to be run on larger sized grids to allow their larger neighborhoods room to grow and evolve. That means in 3D you need to use large dimensions 3D grids. Using a large sized grid, and having to count all those thousands of neighbor cells for every 3D location really takes its toll on calculation times. I have now added 3D MNCA to the latest version of Visions of Chaos so if you have a grunty machine and patience you can try finding some 3D MNCA rules yourself. If you find any interesting results please send the M3D paramter file(s) to me.

See this post for the more recent results from MNCA.